The best way to pay for a lovely moment is to enjoy it.

Changes are coming to the northeast corner of the North West Street and West Broad Street intersection. Founders Row, formerly known as Mason Row, is a proposed mixed-use development that is nearing the last stages of approval.

Though the project was first approved in early 2016, its terms continue to evolve as the developers gain approval from the Falls Church City Council and the Planning Commission. A series of meetings and hearings will continue into September of this year in order for Founders Row to come into fruition. Here’s what we know so far.

The main components of this development will be the City Works restaurant and the Theater, which will take up about half of the development’s square footage.

The apartment buildings would be 6 stories tall and the underground parking would contain three levels below ground and two above to accommodate around 1,000 vehicles and 100 bikes. The movie theater would be a 90 seat restaurant with 8 movie screens that could accommodate over 800 patrons. Overall, this will become a place has excellent shopping, residential, and entertainment opportunities. 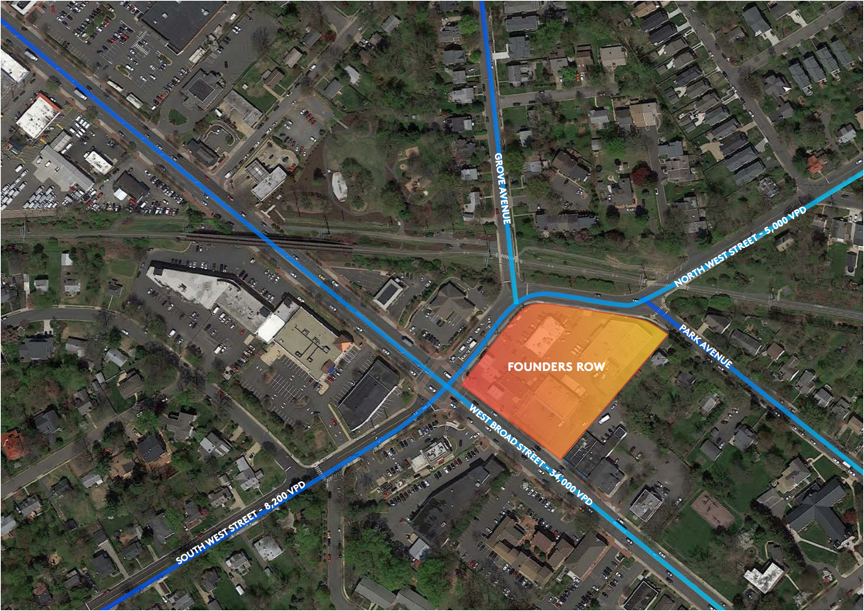 When will they break ground?

Before this development can begin, a few existing businesses and structures need to be removed or relocated. Among those on the list include a 7-Eleven, Shreve Plumbing, an unoccupied shipping center, and a Sunoco. There are also a few others businesses and single-family homes that occupy the space that would be Founders Row.

Such a large-scale development requires approvals in different areas including rezoning, zoning exceptions, and building height exceptions, and waivers concerning landscape buffers. This is why no ground has been broken even though over two years have passed since the initial proposal. Plenty of existing structures, residences, and businesses will be affected and must be appropriately dealt with and compensated before moving forward.

The construction can start as early as this fall—September to be exact. However, there needs to be one final vote for approval, which will take place in the middle of August. Two votes have already happened in June, and now the final approval for replacing the hotel proposal with the active senior apartments needs to be solidified.

Many local residents are not happy about the size of this development, while others believe it is a much-needed commercial upgrade to the Falls Church area that will provide more senior housing and entertainment options for both Falls Church residents and visitors.

Big Chimneys Park to Get a Makeover

7 Things to Do in Falls Church – September 2018 Edition

7 Things to Do in Falls Church - September 2018 Edition

Art and Frame of Falls Church: ‘A welcoming neighborhood place’